Fairy (from Merriam-Webster):
1: a mythical being of folklore and romance usually having diminutive human form and magic powers
2: (usually disparaging)  a male homosexual.

Fairies we're all familiar with:

Tinker Bell: described by J.M. Barrie, author of Peter Pan, as sometimes ill-tempered, spoiled, jealous, and vindictive (maybe this is why gay men are sometimes referred to as fairies, I sometimes resemble this description), at other times she is inquisitive, helpful and kind. The extremes in her personality are explained in the story by the fact that a fairy's size prevents her from holding more than one feeling at a time, so when she is angry she has no counterbalancing compassion.

Tooth Fairy: a fantasy figure of early childhood.  Folklore states that when children lose one of their baby teeth, they should place it underneath their pillow and the tooth fairy will visit while they sleep, replacing the lost tooth with a small payment.  The tradition of leaving a tooth under a pillow for the tooth fairy to collect is practiced in various countries.

Fairy Godmothers: these appear frequently in fairytale fantasy, especially Cinderella and Sleeping Beauty.  Typically, the fairy godmother's protégé is a prince or princess and the hero of the story, and the godparent uses her magic to help or otherwise support them.  Fairy Godmothers just made good shit happen. We all wish for one. 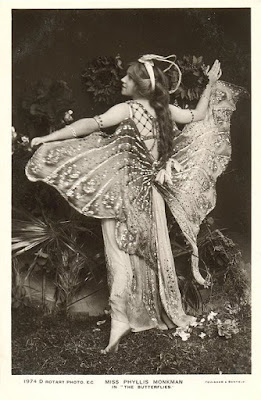 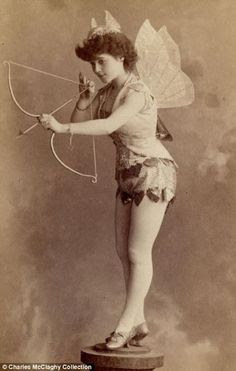 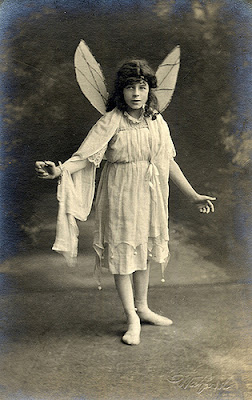 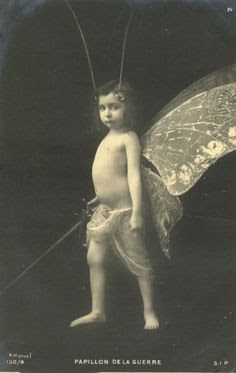 During the Victorian and Edwardian periods, people were obsessed with fairies. They frequently appeared in art, music, and literature—for children and adults—as well as in the decorative arts.  The Celtic Revival viewed them as part of Ireland's cultural heritage. Some have suggested that the fascination of English antiquarians with fairies arose from a reaction to greater industrialization, and loss of folkways.  Above are some great examples of Edwardian fairy photography.

More than once in my career, I've had a client ask for something that was virtually impossible, and my reply has been, "I might be a fairy, but my wand is broken."

Now we're gonna talk about a not so well known fairy: The Turn-to-Shit Fairy.  Bitch been followin' me for two weeks, even whispering in my ears, "turn to shit."  I'm tellin' you, people, everything's been goin' wrong.

Bedding not ready at the laundry in time for photo shoot.

Truck door won't open, I force it, the whole interior side pulls off.

My upholsterer, that I've used for years, went out of business.

I could go on.

Nothin' going my way.  I'm being a pouty little baby.  Ready to throw myself on the floor and have a hissy fit.  I know this is all trivial shit, but enough is enough. 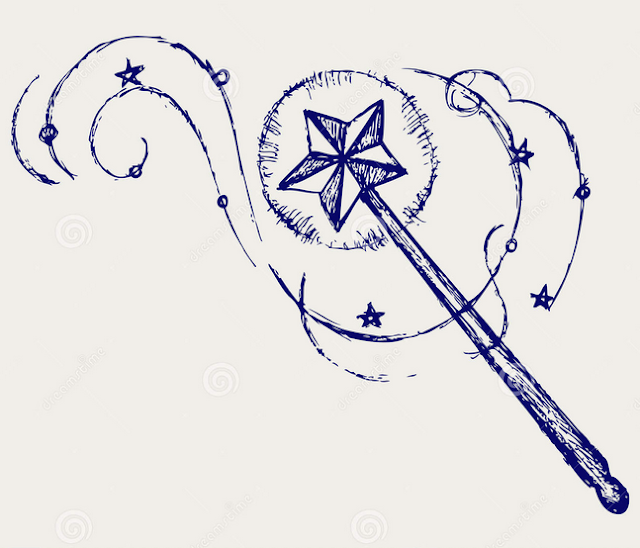 When I catch the BITCH, I'm gonna take this... 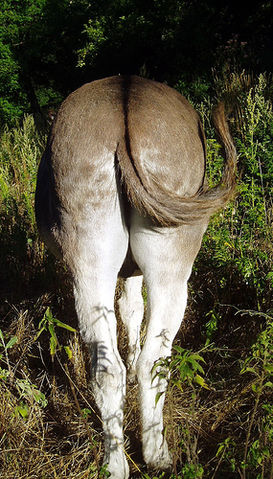 Used picture of jackass 'cause I've been acting like one.

Mr. Morrissey has quite an eye for the refined and has accumulated a collection of important antiques, decorative arts,  and paintings, including artists such as Frederick Sylvester, Stan Masters, and Arthur Osver.  That's why this chapter is called "Diamonds are Forever."  I'm gettin' to work with jewels.

The Challenge: make the home more comfortable, livable, inviting.  Speaking quite frankly, remove the stick from you-know-where.  We've talked about the possibility of me doing this, and now it's a reality.  Quoting Mr. Morrissey as we talked, "I'm willing to listen, I may not act."

Below are some photographs of the house as it is now.  As you can see, I have the honor of working with some pretty incredible objects in a house that reads well. I have a challenge. STOKED AND READY. 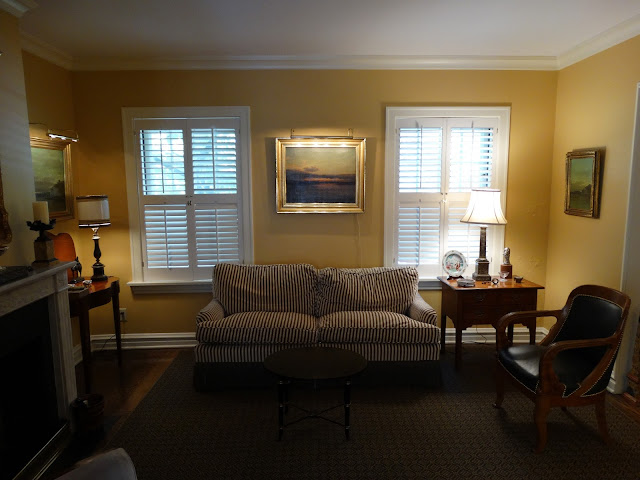 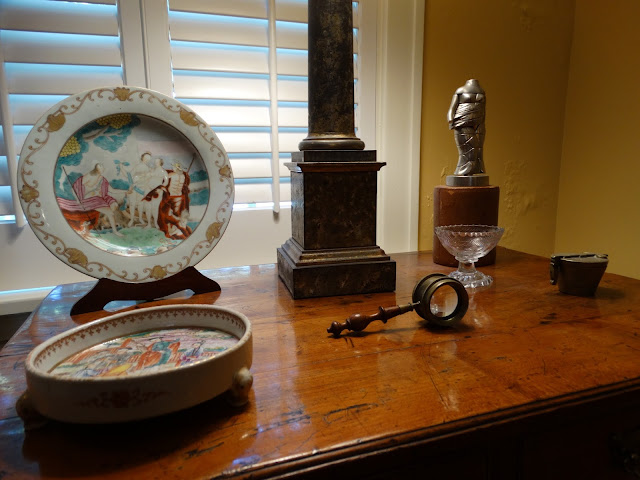 Closeup of tablescape next to sofa.  Look at these incredible objects.  Lamp will get a close-up soon. 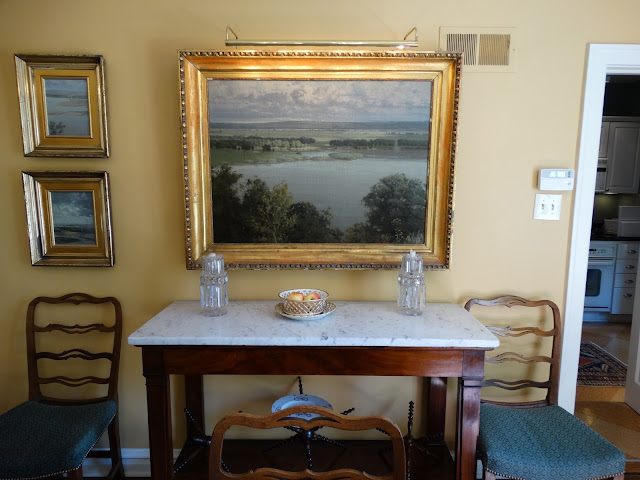 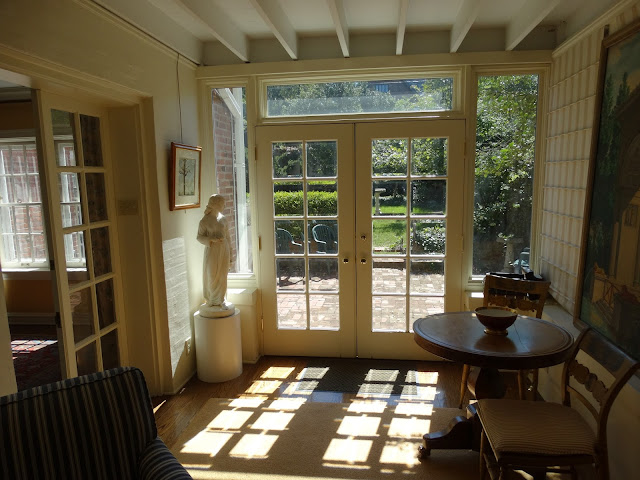 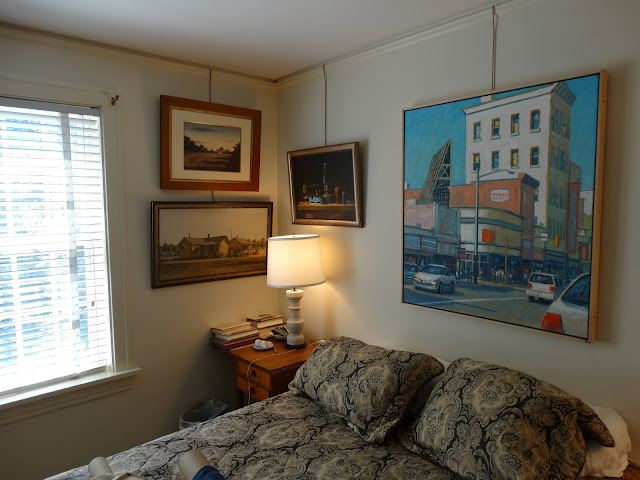 Master bedroom.  This room is gonna get a kick-ass makeover.  Bed soon to be made up in white linens, and walls painted pale steel-gray. 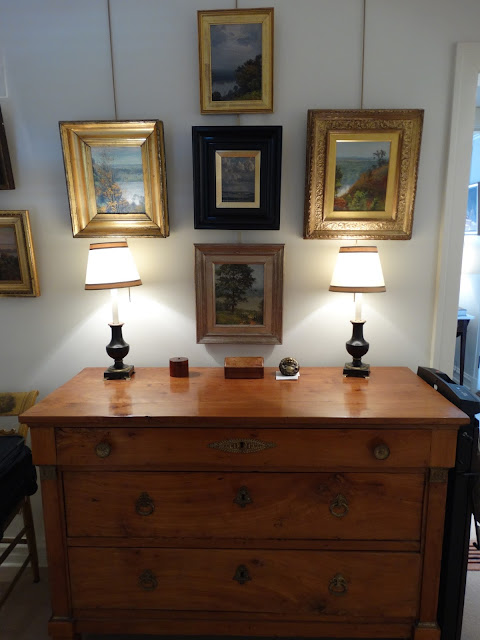 Dressing room, part of the master bedroom suite.  There will be lots of stirring. The French gallery rods GOTTA go. Will be reassembling the collection of paintings throughout the house into gallery hangings that enhance the ambience of the different rooms. Grouping pieces together that complement each other, mixing sizes, media, and periods. 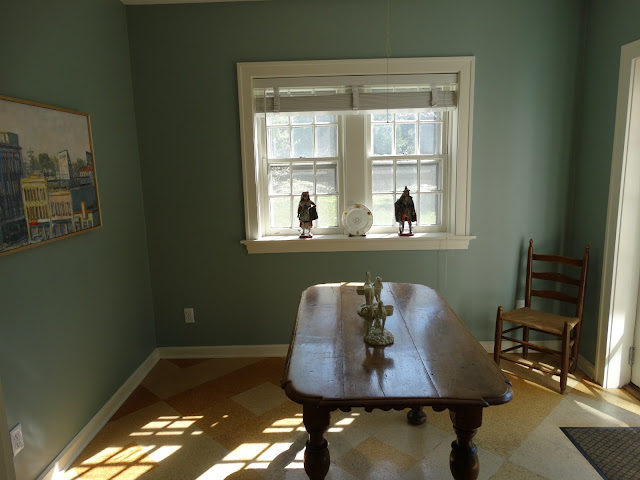 This is the breakfast room.  Today's plan was to discuss different possibilities and get a little more comfortable telling him how things gotta be.  Earlier in the meeting, Mr. Morrissey said, "I'm willing to listen, I may not act."  Well, Mr. Morrissey did some listening, I did some acting. 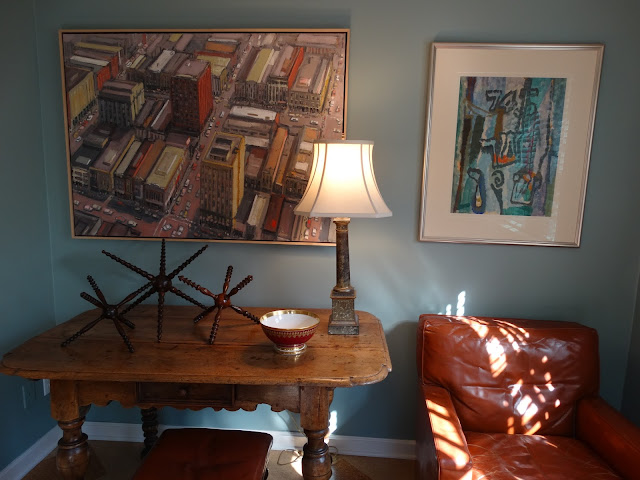 Look what happened! Table moved from center of room.  Nicked a pair of leather chairs out of his office, the other is on opposite side of the room.  Large painting stolen from den in basement. Arthur Osver painting on right, ran from the bedroom and hung itself.  The cat plate stands have found a new life as sculpture.  Museum-quality porcelain adds a refined touch.  Tole lamp escaped from the living room and loves its new home.

Posted by ranting of a redneck decorator at 11:26 AM No comments:

Don't Get Cross With Me

When I get cross, I get slightly angry, put a little edge in my voice. With me, "gettin' cross" is a momentary mood. When people get cross with me, it's not so momentary.  I'm usually causin' some kinda shit somewhere.  Homer seems a little more than slightly angry.  Sorta like me and my dad.  I was a lot like Bart, with a sissy edge.

When I'm not gettin' cross, I'm collecting crosses and using them in my interior design work.  Below are two examples.


The cross is an old symbol. Due to the simplicity of the design (two crossing lines), cross-shapes appear from deep prehistory as far back as petroglyphs in European cult caves.  Use of the cross as a Christian symbol may be as early as the 1st century, and is certain for the 3rd century.  A wide variety of cross symbols were introduced for the purpose of heraldry beginning in the age of the Crusades.

In contemporary Christianity, the cross is a symbol of the atonement and reminds Christians of God's love in sacrificing his own son for humanity. It represents Jesus' victory over sin and death, since it is believed that through his death and resurrection he conquered death itself.

Below are some crosses from my personal collection. 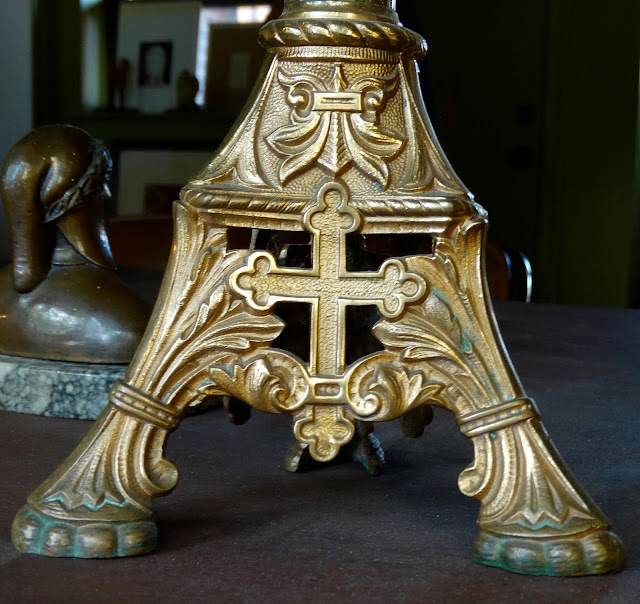 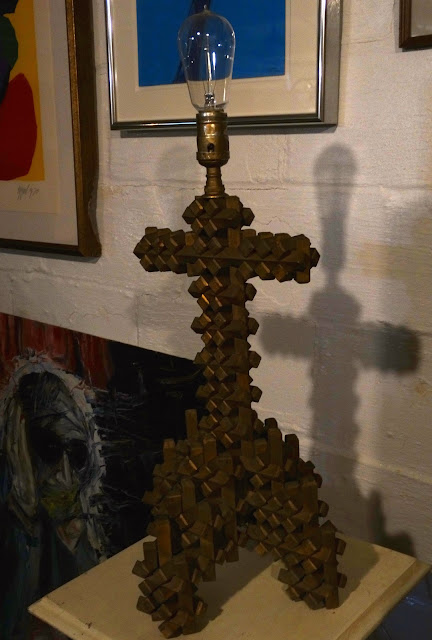 Tramp art, circa 1940.  Made from small wooden 1/2 inch pegs glued together.  Quite architectural.  Notice the dude in the background, perhaps doing some soul-searching. 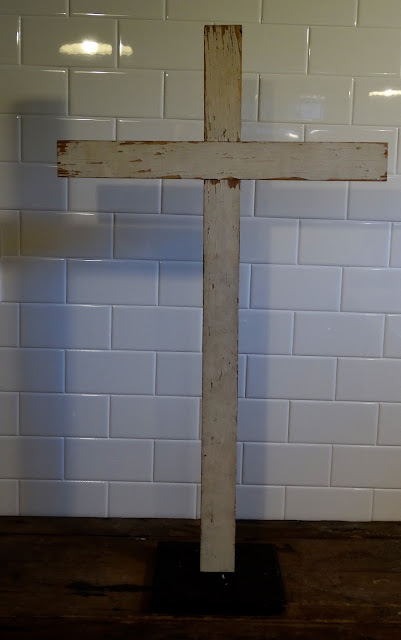 Folk art cross from country church in Mississippi, circa 1940s. Love this piece.

Below are some crosses available in my shop. 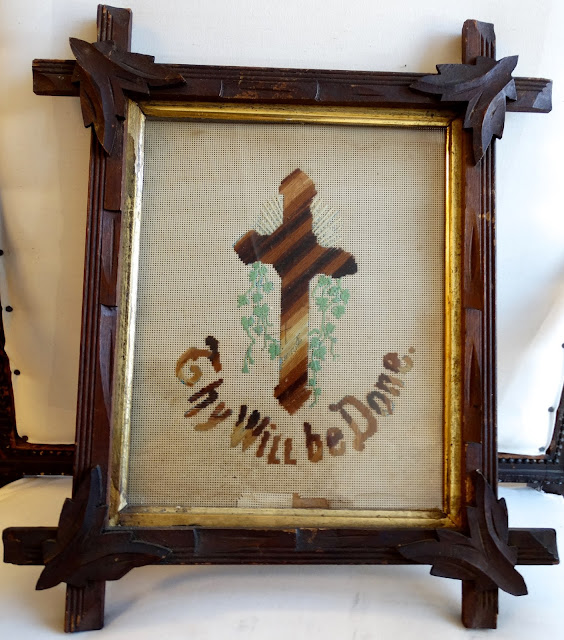 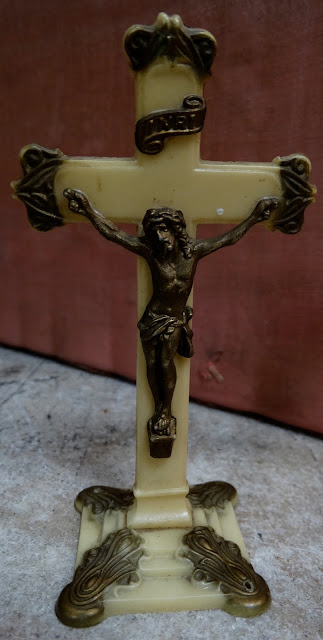 "I don't care if it rains or freezes, long as I got my plastic Jesus sittin' on the dashboard of my car."  That's what this is, folks.  A dashboard Jesus, circa 1950s. 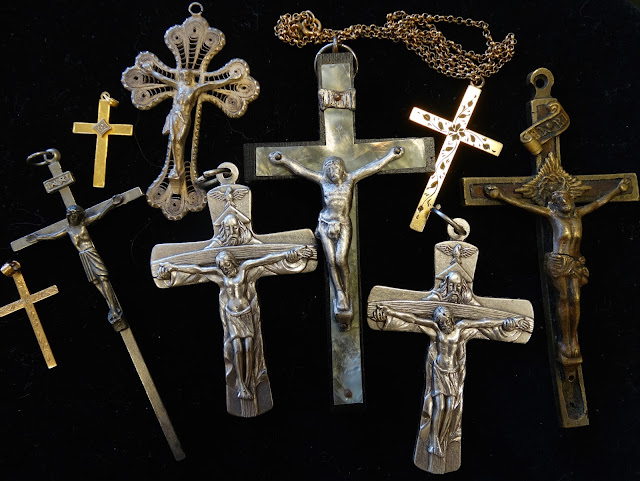 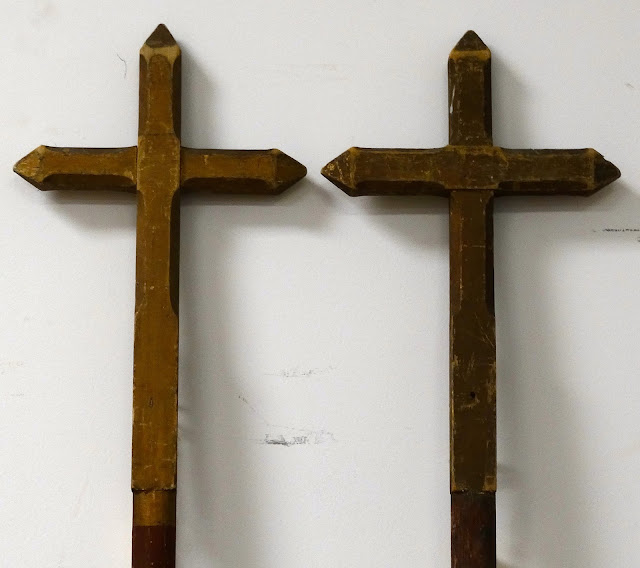 Double cross is a phrase meaning to deceive by double-dealing.  It has also been suggested that the term was inspired by the practice of 18th-century British thief taker and criminal Jonathan Wild, who kept a ledger of his transactions and is said to have placed two crosses by the names of persons who had cheated him in some way. This folk etymology is almost certainly incorrect, but there is documentary evidence that the term did exist in the 19th century.

Signing off.  Dotting my t's and crossing my i's.

Posted by ranting of a redneck decorator at 5:03 PM No comments: