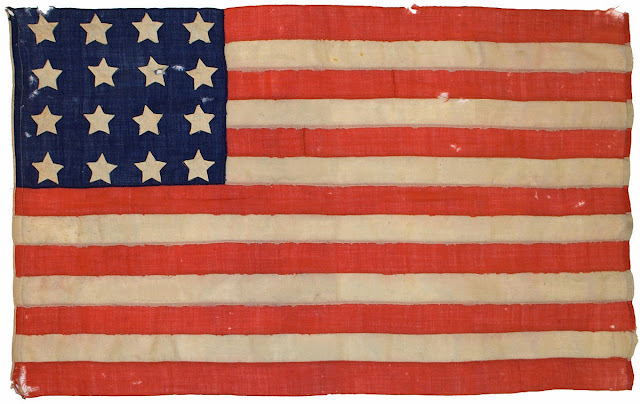 Memorial day is the official start of summer. Hope you took the time to reflect on the true meaning of the day: the men and women who have died in service for our country.

For many it is a long holiday weekend. Hope you enjoyed it! Mine's been great.  I've been too lazy to work up a long post for this week. Thought today would be a good time to sort of reboot, so to speak. Please take the time to read some of my old posts if you haven't (I've set the blog so you can read them all on just two pages, so just scroll down, and click on "older posts" when you get to the bottom).  Next week we'll be back with some serious business (such a serious blog).

Some shots of shop stuff that sings summer. 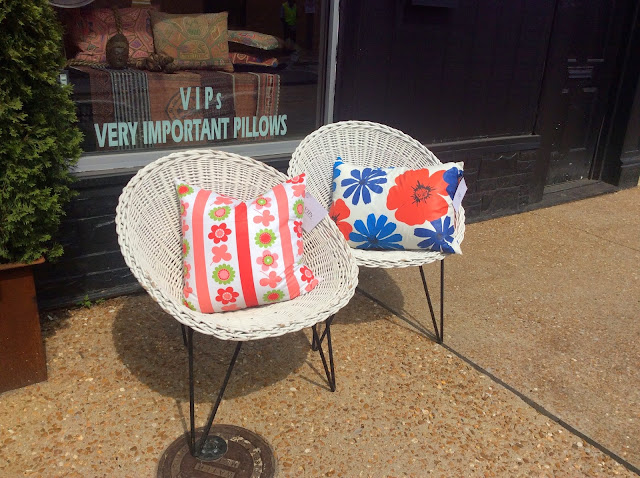 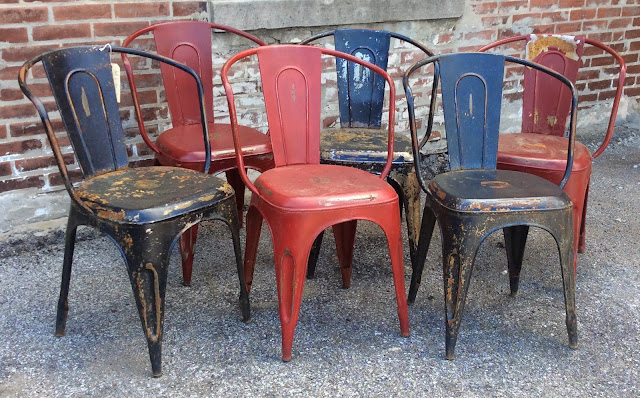 Summer is the time to reboot yourself.  Take life a little slower, enjoy the outdoors. I've started.

"Summertime"
Gershwin, Porgy and Bess
Posted by ranting of a redneck decorator at 9:25 AM No comments: 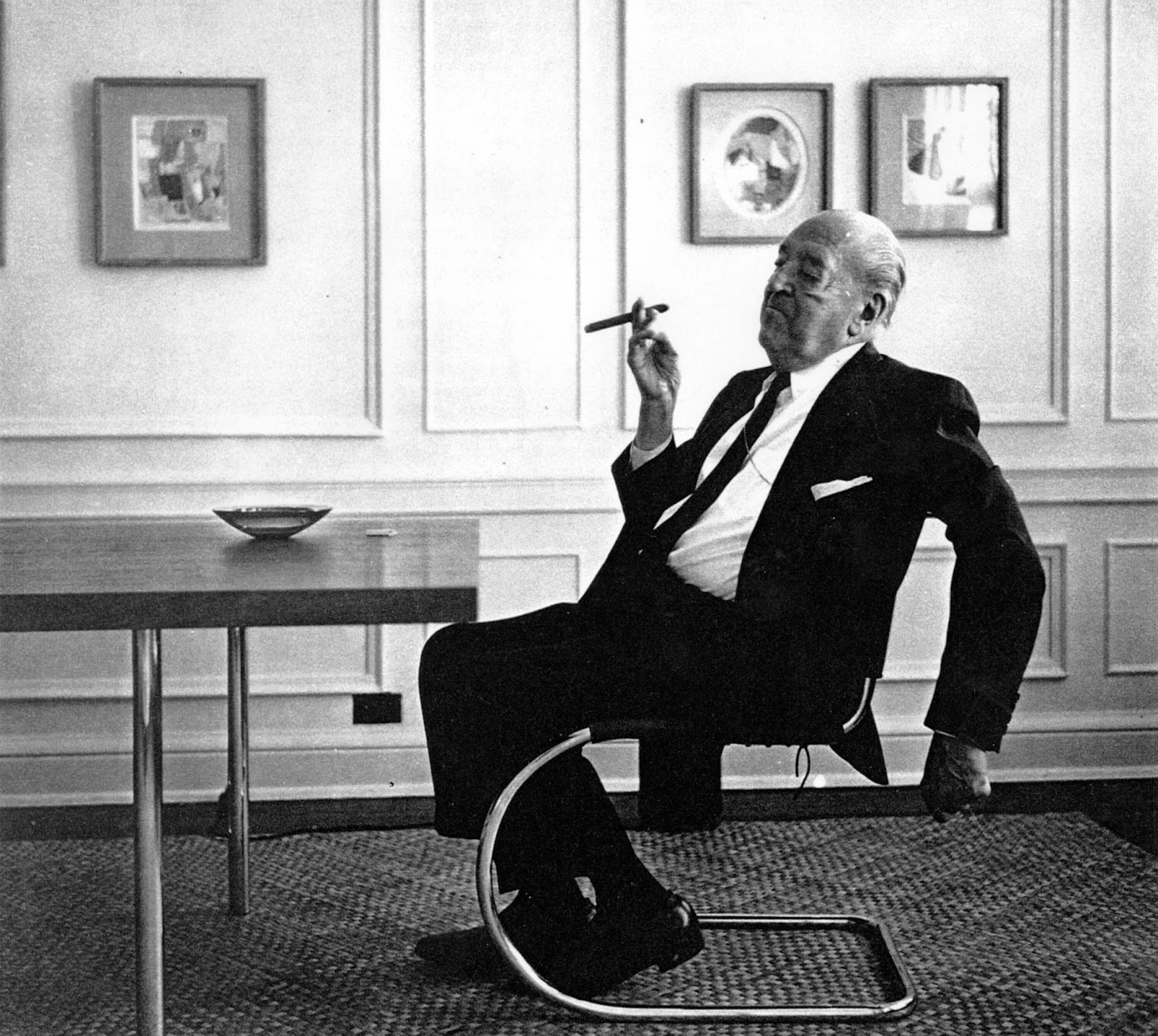 Learned my lesson about this as I started writing this post a few days ago.  I planned to refer to Mies van der Rohe and researched him. The more I read, gathered information and began to write, I could tell this just wasn't me.  Just wasn't.

As I started over I realized Mies and I have some pretty strong views in the same direction. Not that I would ever put myself in his league. The more I read about him, the more I understood why I have such respect for his work and have been so drawn to his furniture designs.

Below are two links that give great short reads on a really tall genius of design: Ludwig Mies van der Rohe.

Here are some short sweet academic paragraphs about the icon:

Mies pursued an ambitious lifelong mission to create a new architectural language that could be used to represent the era of technology and production. He saw a need for an architecture expressive of, and in harmony with, his epoch, and applied a disciplined design process using rational thought to achieve spiritual goals. He believed that the configuration and arrangement of every architectural element, particularly including the character of enclosed space, must contribute to a unified expression.

Mies designed modern furniture pieces using new industrial technologies that have become popular classics, such as the Barcelona chair and table (which we'll speak about today). His furniture is known for fine craftsmanship, a mix of traditional luxurious fabrics like leather combined with modern chrome frames, and a distinct separation of the supporting structure and the supported surfaces. 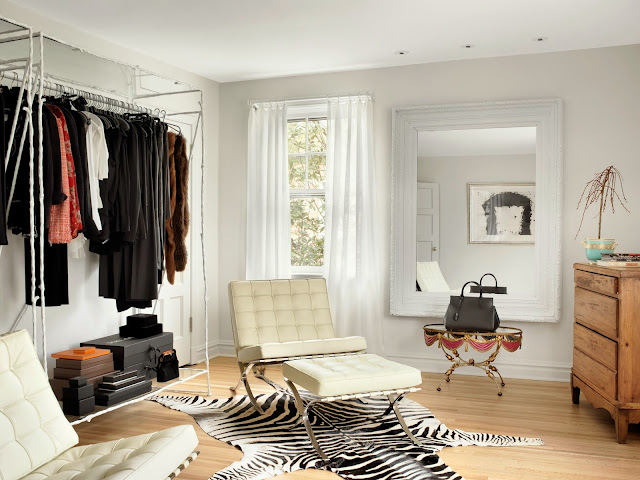 The Con: The client (diva extraordinaire) had dreamed and anticipated this cozy little spot for a long time. Her room. The house had been her husband's bachelor shrine, his pad, his crib.  No girly dressing room fit into the scheme of his house.

As things started shaping up in other rooms, his trust in the two of us grew and we were given the deed to the square footage. Diva girl was beside herself: "This much important real estate all for me!"

Her expectations were huge.  Several layouts were discussed.  We play-acted how the room would be used.  Barcelona chairs were not even in the running.  A Swedish painted loveseat was purchased, and the scheme began.  NOT! Diva changed her mind. Her room.  Her way.  She wanted the Barcelona chairs and ottoman.

The Barcelona chair is a chair designed by Ludwig Mies van der Rohe and Lilly Reich. It was originally designed for the German Pavilion, that country's entry for the International Exposition of 1929, which was hosted by Barcelona, Spain.  Although many architects and furniture designers of the Bauhaus era were intent on providing well-designed homes and impeccably manufactured furnishings for the "common man," the Barcelona chair was an exception: it was designed for the Spanish Royalty to oversee the opening ceremonies of the exhibition. The form is thought to be extrapolated from Roman folding chairs (the "Curule" chair – upholstered stools used by Roman aristocracy). Despite the industrial appearance the Barcelona chair requires much hand craftsmanship.

Just like the beginning of this post: Scratch. Delete. Much cussing.  The process started over, new furnishings had to be found to make the dance.  It's all about the dance.  One happy connection: Barcelona chairs in the dressing room; Barcelona table in the living room. 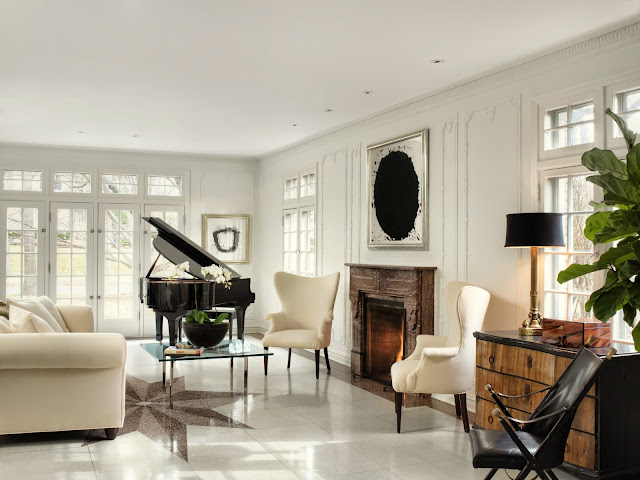 Whitney Houston
"I Wanna Dance with Somebody"
Posted by ranting of a redneck decorator at 10:57 AM No comments: 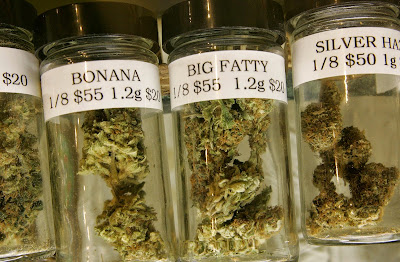 There are now 23 states with laws that legalize or decriminalize certain uses of marijuana.  The image above is from a legal dispensary.  I don't smoke myself.  Don't need it.  Can't handle it.  Each to his own.  I'm pretty much Switzerland on the issue, but I do think it should be legalized everywhere for medicinal purposes.  Do like the name "Big Fatty" (bet this particular variety creates overwhelming munchies).

Today we're going to talk about choosing stone, marble to be exact, for my kitchen renovation.
I LOVE marble.  I love its strength, its permanence.  It can be used in so many different ways.  As I've mentioned in an earlier post, I love marble busts. 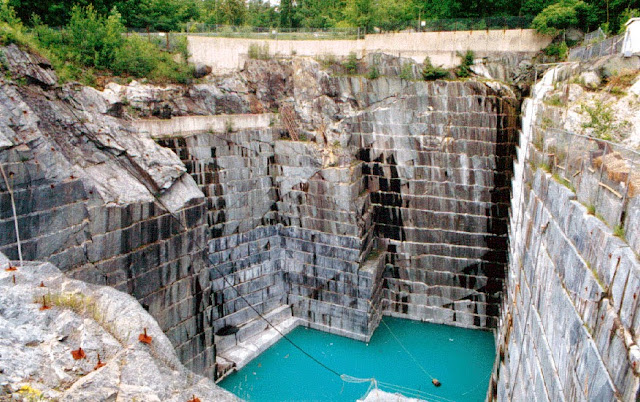 Marble is a non-foliated metamorphic rock composed of recrystallized carbonate minerals, most commonly calcite or dolomite. Geologists use the term "marble" to refer to metamorphosed limestone; however, stonemasons use the term more broadly.  Marble is commonly used for sculpture and as a building material.  The word "marble" derives from the Greek words for "crystalline rock, shining stone," or "to flash, sparkle, gleam." 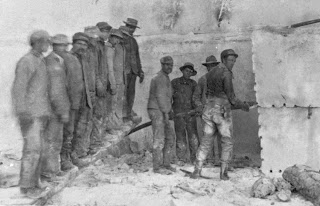 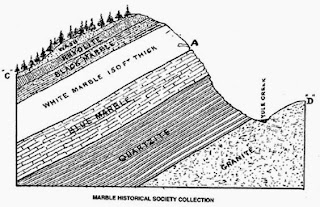 Marble is extracted from quarries, which can be found pretty much all over the world.  One interesting example is Yule marble, an American marble found only in the Yule Creek Valley, in the West Elk Mountains of Colorado.  First discovered in 1873, it is quarried today inside a mountain at 9,300 feet (2,800 m) above sea level, in contrast to most marble, which is quarried from an open pit and at much lower elevations.  Yule's quality comes at a high price due to the cost of quarrying in a high-altitude mountain environment. 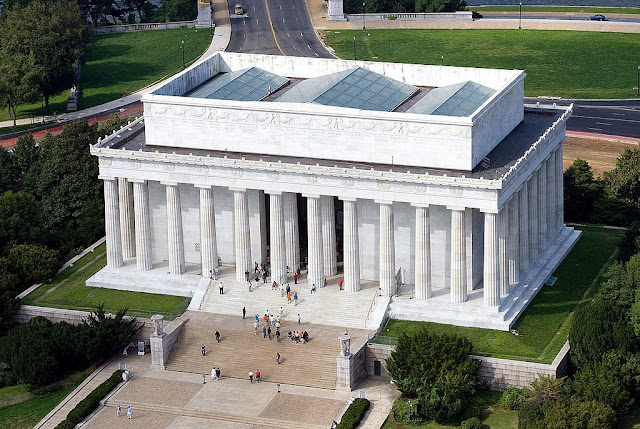 The exterior of the Lincoln Memorial is made from Yule.  Made in America, how cool is that? 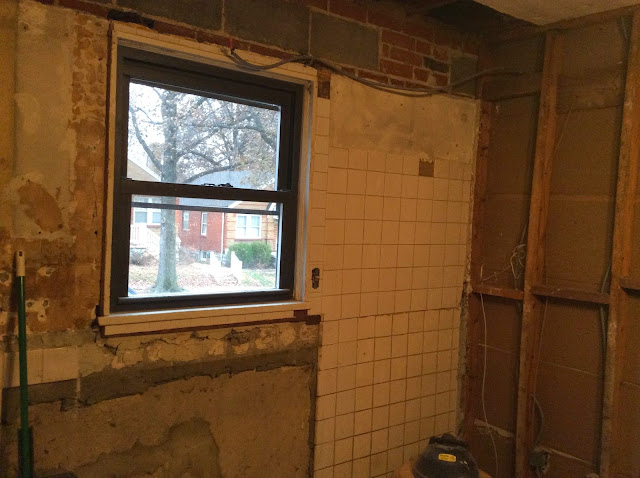 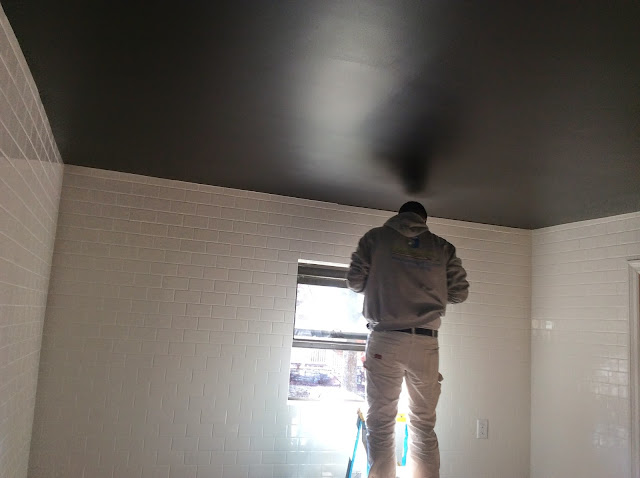 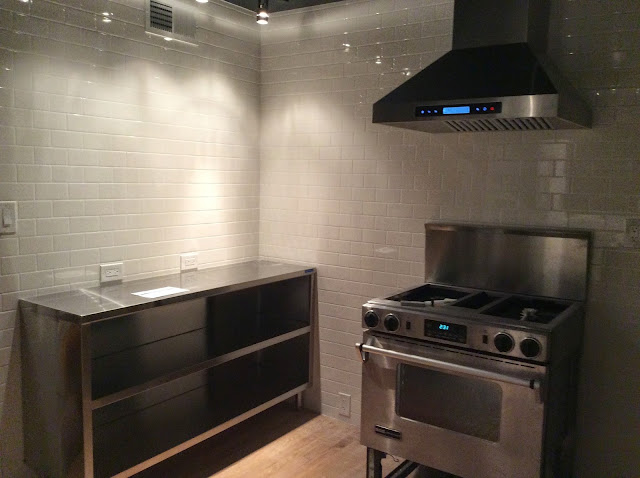 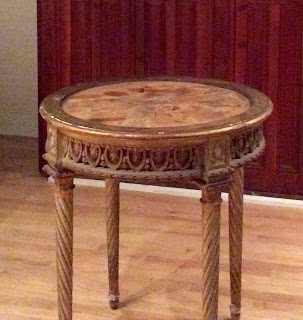 This is a French Louis XVI table chosen for my kitchen island.  At first, it was more decorative than practical.  But I needed it to be used as counter space and cutting.  Braces were added for stability.  I wanted marble for the top, so I had a piece of Carrara cut.  Carrara is a very common, inexpensive white marble from Tuscany.  The cost was $100.  Not bad! With a bit of updates, it's become more beautiful and practical. 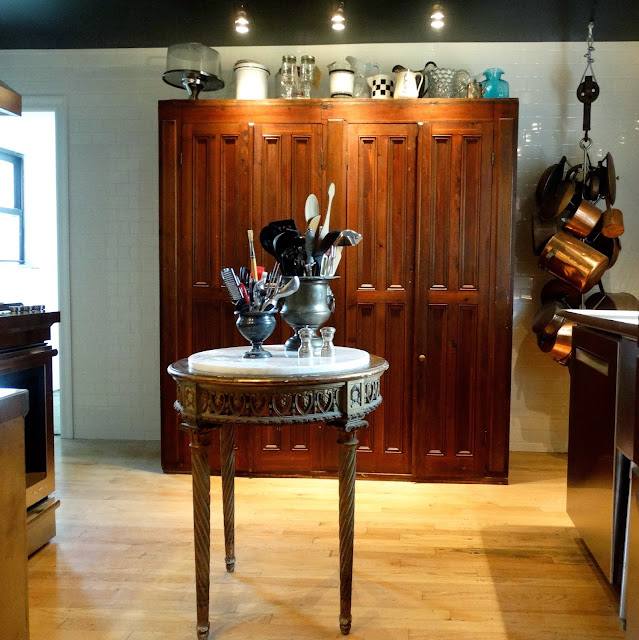 May 11, 2015: This is the best photograph of the kitchen I can get at this time.  Doesn't the marble look great?  An accent of marble, for aesthetics and function, was all my kitchen needed. 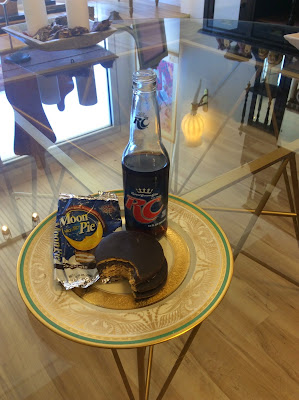 Buyin' stone or gettin' stoned both can give you the munchies (I've done both in my 59 years of livin').  When you got the munchies, nothin's better than a moon pie and an RC Cola.

Please note: not one CUSS word in this post.  Ain't I good? 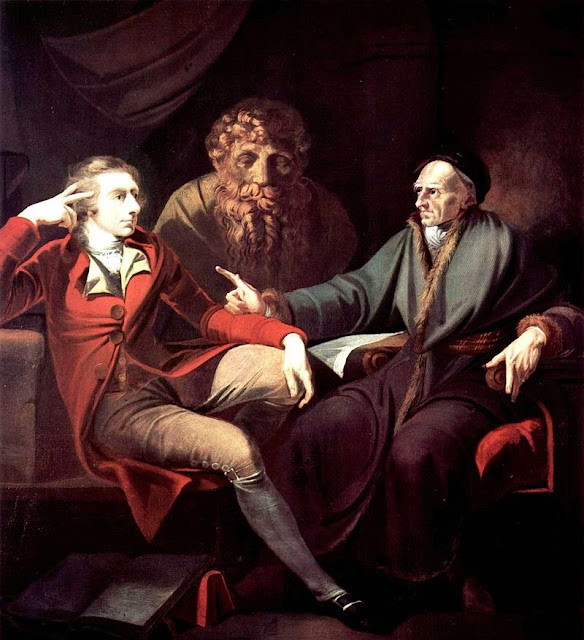 The painting above, The Artist in Conversation with Johann Jakob Bodmer (1780), is by Henry Fuseli, a Swiss painter of the Romantic movement who favored supernatural scenes, the sublime, and dream-like exaggeration.  "Seated in an informal pose that derives from classical sculpture, the young artist listens attentively to the words of Bodmer, an elderly Swiss man of letters and aesthete whose writings exalted the creative force of emotions and the imagination."


I'm a real Chatty Kathy.  A quiet room is too noisy for me.  I love to talk and laugh. Once you get to know me, ten minutes will give you an earache.  It's especially bad if you're trapped in the car with me.  I keep a bottle of ear drops and cotton balls in the glove box.  I could cause you to pull a Van Gogh (probably a double earectomy).

There's nothing in this world better than chatting with your BFF.

There's never a lack of conversation with your bestie.  The simplest phrase can say so much.

I've been in the retail of antiques and decorative arts for over 30 years. My selection of loot has never been conventional. I've been told a few times "I'm buying this for a conversation piece". Really! What the fuck? Purchasing a piece to create conversation? GET NEW FRIENDS!!!! 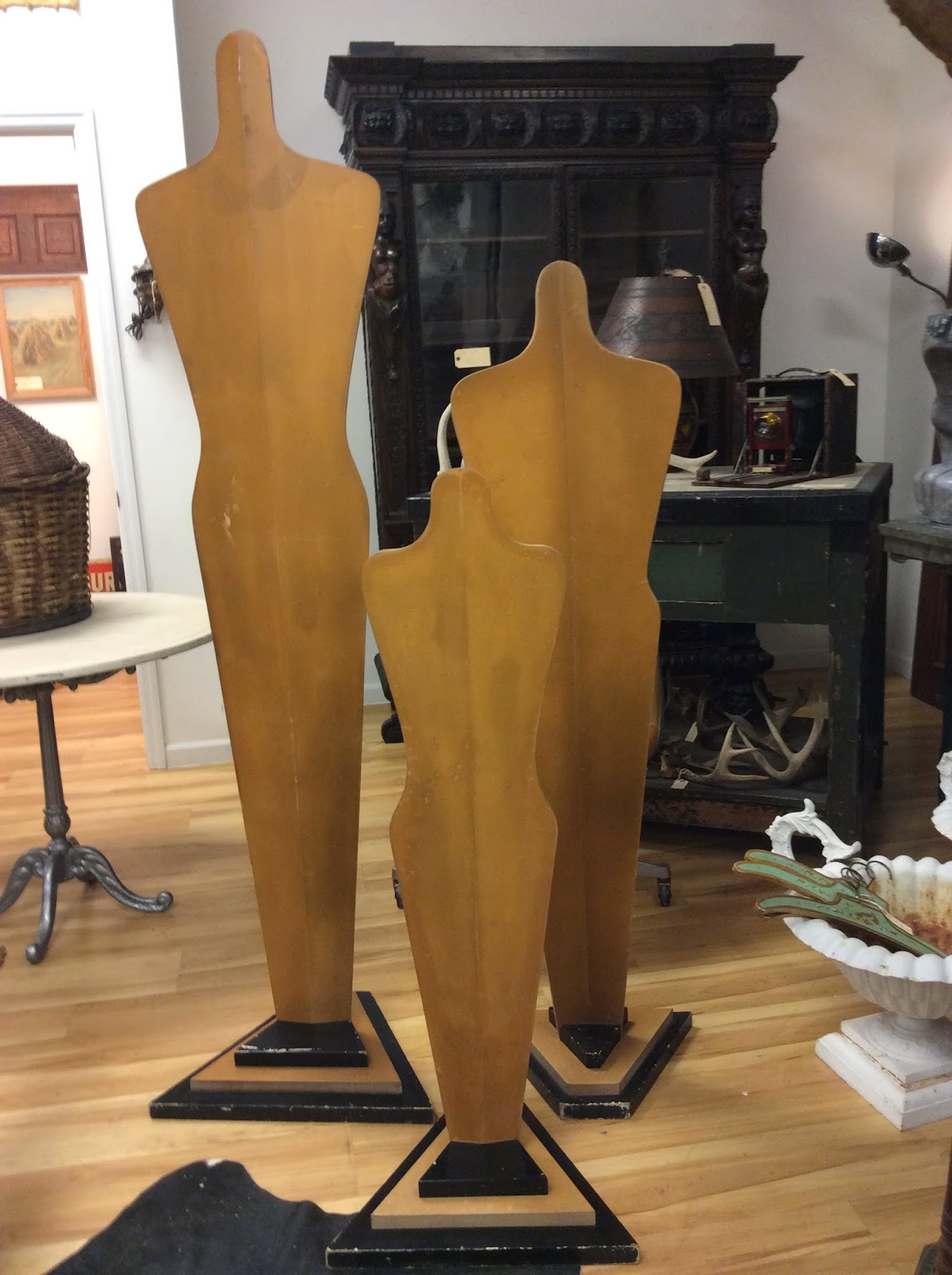 "Wow those are cool! What are they? Where did you find them?"

Buy them for a conversation piece? THAT I don't fucking understand! Buy them because you love them. Buy them to have conversations with. Totally down with that. 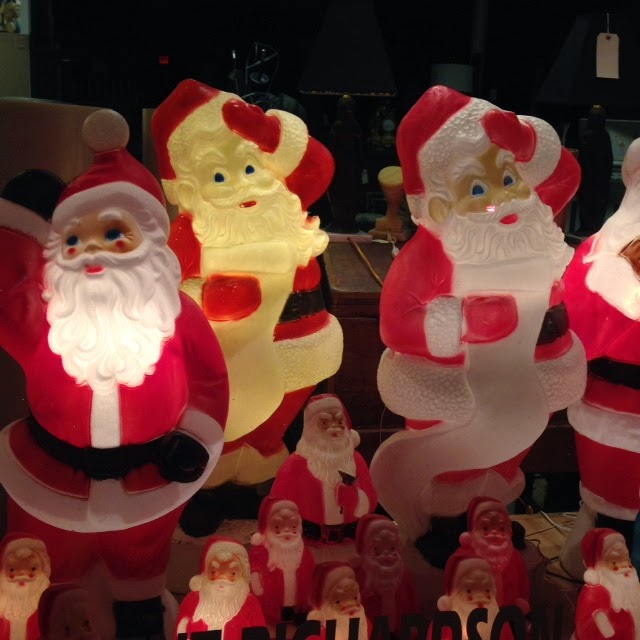 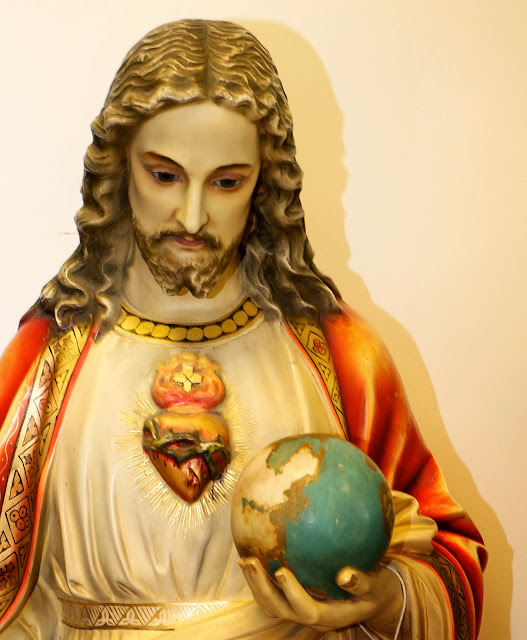 "You sure do have lots of Santa Clause and Jesus statues in your collection. Need to talk, buddy?"

"That would be a private conversation between myself and PBF! But since the floor is open I'll confess. I have conversations with Santa Clause and Jesus all the time."

BE BRAVE! Somebody buy these mold-blown plastic light-up Santa Clauses. Get the neighbors into a conversation. Get the whole hood's mouths a-flappin! They'll be calling you a Redneck. I have enough to cause a city wide panic!

Conversations should be sparked for the reason of getting to know someone better, learning their interests and passions. Bonding.

I just don't understand the term conversation piece. I'm guessing you're waiting for me to cross the line. Be inappropriate. So here goes! The only piece I can understand as a conversation piece, is a good piece of ass. Or a bad one for that matter. People need to be warned!

Bettin that's what the conversation is about in the painting up there at the top.

Posted by ranting of a redneck decorator at 11:03 AM No comments: