Visuals can cause insomnia.  Me sometimes after a day of shopping.

I shop a lot.  Shopping, sourcing, is a huge part of my job.  Top of the list as to fun.  For larger jobs, much of the stuff is custom-made, ordered.  Occasionally I have a rush job, items need to be purchased yesterday.  St. Louis is a small city, so my options are limited.  Occasionally I find myself stepping into a wasteland of aesthetic garbage.  The memories haunt my dreams. 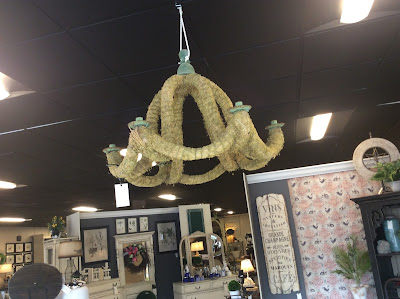 On one of my excursions, I discovered this.  No, actually, was assaulted by it.  A candle chandelier made from hay? What the FUCK?  Fire hazard!  But when I visualize the home this would hang in, it probably should go up in flames. 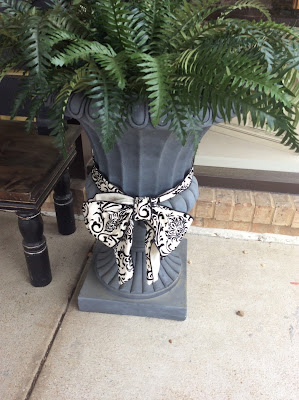 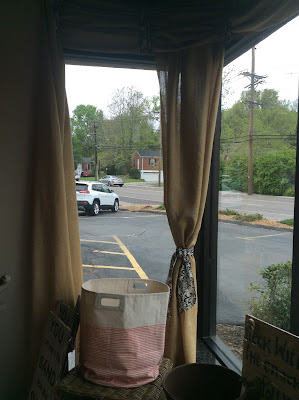 Lord, have mercy on us all.  Left: Fee-fi-faux-fern.  But the bow is real (a real nightmare).  Oh my God.  I have bow issues, something we'll address in a later post, closer to bow season (Christmas).  Right: Lovely itchy scratchy burlap hanging on the windows. Nothing like roughage for the visual diet.  At least the ribbons match.  Well done (practicing sarcatechism). 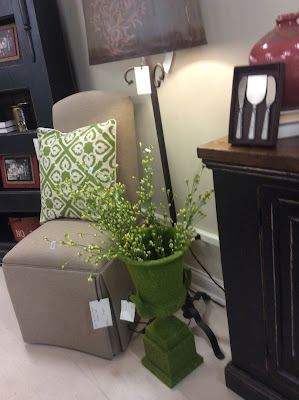 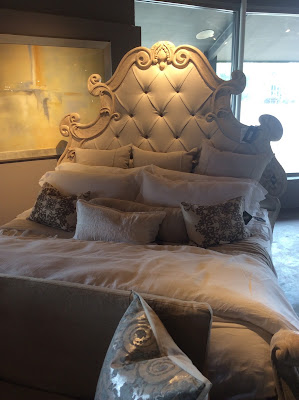 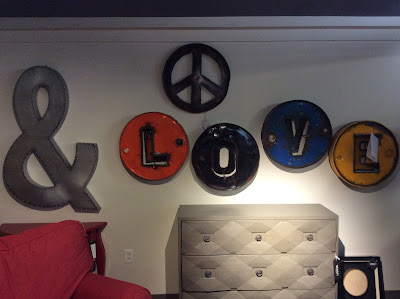 Peace & Love? More like pieces of shit.  The peace sign is an icon, I hate seeing it used this way. 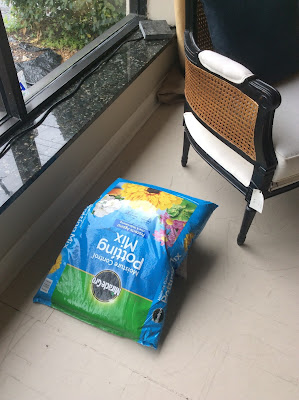 This was the only useful item in the whole damn place (name and address withheld to protect the guilty).  Was it needed for the faux-fern?

Listed below are some places in St. Louis that I visit for a visual rush and great merchandise.  I always leave inspired by certain items that lead me on a path of creativity and discovery, allowing me to go home for sweet dreams, insomnia cured. 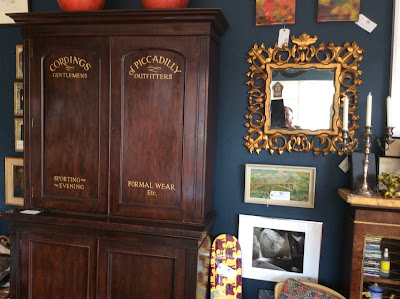 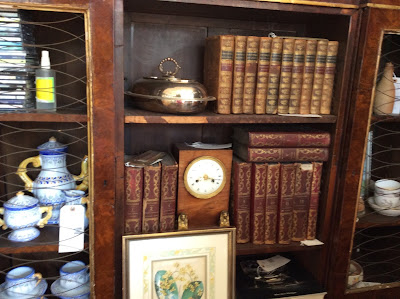 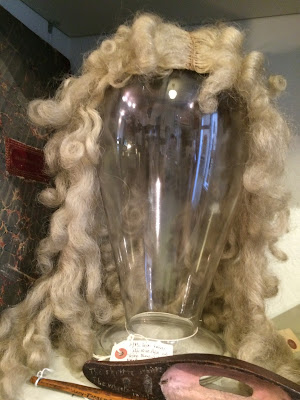 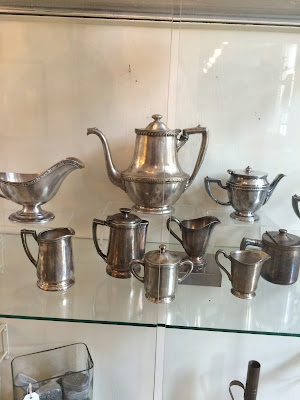 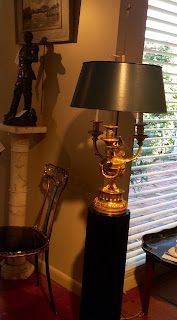 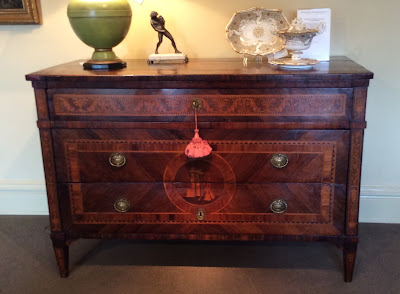 Patsy Cline, "Sweet Dreams"
Posted by ranting of a redneck decorator at 11:05 AM No comments:

Made in the Shade 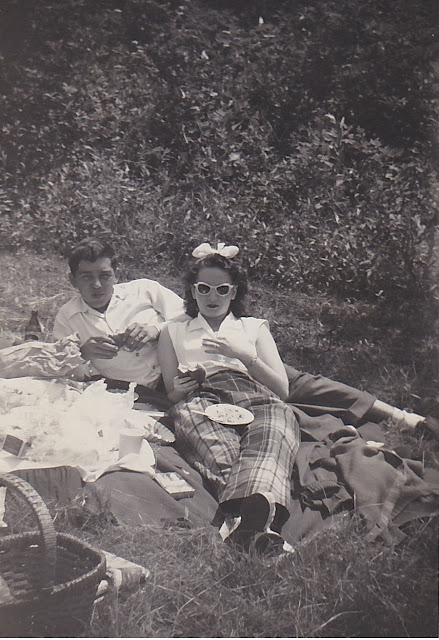 Temperatures in St. Louis have been peaking in the 90's.  Elsewhere, they have been in the 3-digit range.  Time to seek one of life's simple pleasures: a giant shade tree.  It's summertime, folks.  Time to be lazy.  What a wonderful way to spend an afternoon, relaxing under the boughs of a big shady tree. 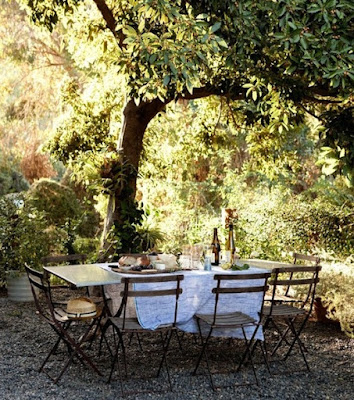 Wouldn't this be nice, on a long hot day?

Now let's talk about some different kinds of shades.

Hundreds of years ago, Inuit people wore flattened walrus ivory "glasses," looking through narrow slits to block sun rays reflected off the snow.  Sunglasses made from flat panes of smoky quartz to protect the eyes from glare were used in China in the 12th century, and ancient documents describe crystal sunglasses worn by judges in Chinese courts, to conceal their facial expressions while questioning witnesses.  The Roman emperor Nero liked to watch gladiator fights with emeralds (what a sneaky way to wear jewels).   In the early 1920s, the use of sunglasses became more widespread, especially among movie stars, to avoid recognition by fans. (An alternative reason sometimes given is that they often had red eyes from the powerful arc lamps used on set – YEAH RIGHT, if you ask me, it was to conceal bloodshot eyes from drugs, booze, and wild nights). 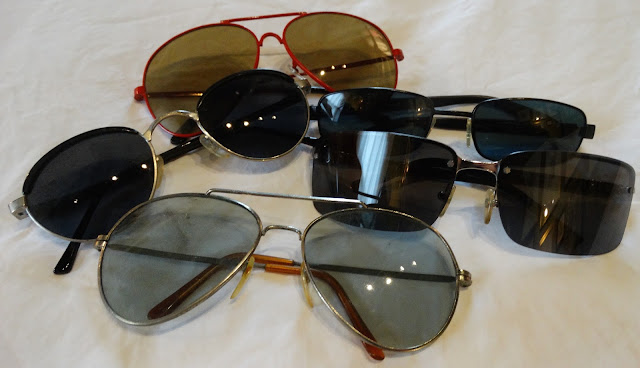 My collection of shades. To hide me from the paparazzi.  Truth is, they hide the crow's feet.  Real truth is, I don't wear 'em, cause as soon as I walk out the door with 'em, they're as good as lost. 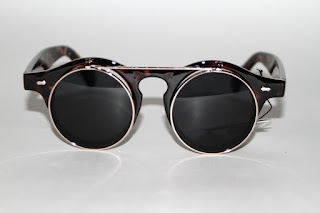 Shade pick of the day.  Found them on ebay, sending for a pair today.

Started with "Made in the Shade." Switching to "Why Were These Shades Made?"

WHY do these horrible tacky lampshades seek me out?  I have bad-shade radar (shade-dar? A new Davidism?).

I don't know what the fuck this is.  A cinnamon roll?  A flower?  A colonoscopy ("Kodak moment")?

I never realized there was such a market for streetwalker lighting.  Once again, this seems to be made from Frederick's of Hollywood lingerie.  Perhaps I could open a chain of stores named Whore Decor.  I see a lot of crap that could fill the shelves.  But would anyone even buy it?  Maybe it's all supply, no demand.  I don't even think a hooker would buy this shit.  Hookers have style. 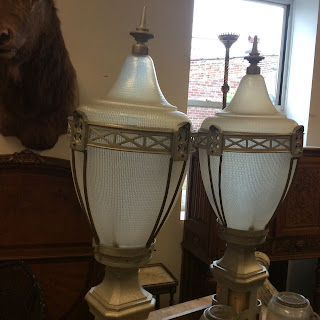 I thought hookers just used streetlights anyway.  With these they could have their own stylish corner.  (PS- available in my shop.)


Once again we're talking about a shady profession.  I'm all about "The Right Amount of Shitty" but this is "A Fuckin' Pity."

Mungo Jerry, "In the Summertime"

"In the summertime when the weather is high
You can stretch right up and touch the sky
When the weather's fine
You got women, you got women on your mind"
Posted by ranting of a redneck decorator at 11:51 AM 1 comment:

Urban Dictionary definition of Brain Fart: When you are attempting to remember something very obvious, something that you know you should know. This feeling often leads to head banging and hair pulling. 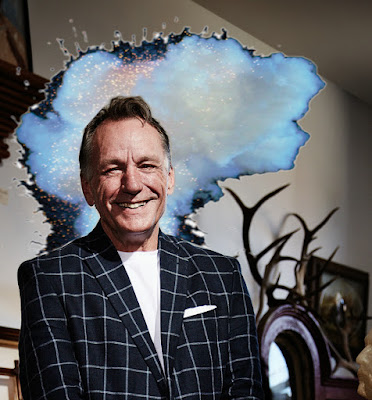 People, I have them all the time. Thank you JESUS they don't smell! If they did, I would have no friends, no one would want to be near me.  There would be an aura surrounding me.

Ultimately, they're a good thing.  They happen when I'm so excited and stimulated over the ideas in my head that my thoughts and speech become fragmented.  I start speaking David.  Creative ideas start coming to me faster than the speed of sound.  Folks, it's not easy sometimes, but holy shit is it fun. Some ideas stay, some deleted.  I start having what I call the Kaleidoscope Effect: twirling in my head as I'm looking at objects, trying to figure out how they will all fit.  Creating a composition, a living environment for my client that is pleasing to the eye and suitable for their lifestyle.  Highlighting their personal style.

Can you imagine this happening in your head? People, I have to tell you it's a thrill.  It can also be freaky.  But I've learned to deal.

When I do an installation, I usually prefer the client not be at home.  I warn them the day before: it's like a tornado. 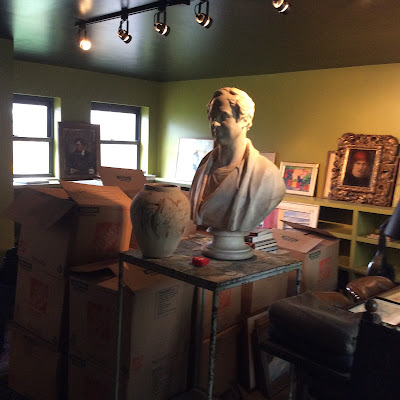 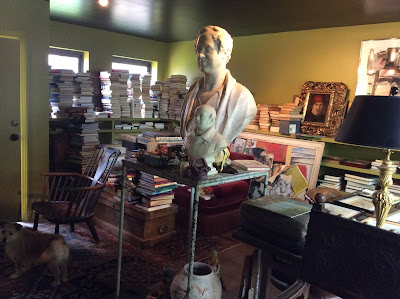 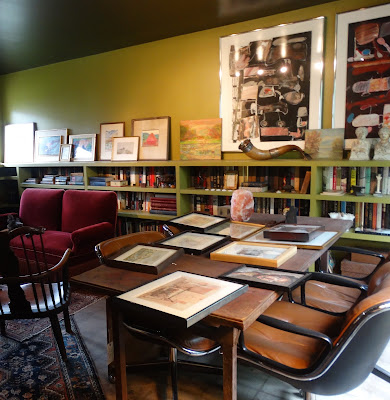 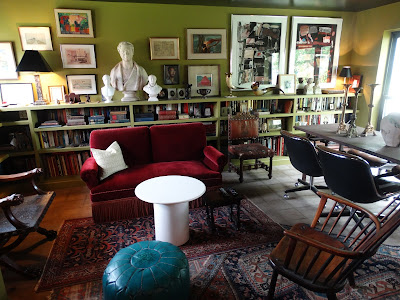 I'm so fortunate to be working in a field that I love so much.  My job's the shit.

Tommy Roe, "Dizzy"
"Dizzy, I'm so dizzy my head is spinning
Like a whirlpool it never ends"

SPINNING OFF
Posted by ranting of a redneck decorator at 11:25 AM No comments: